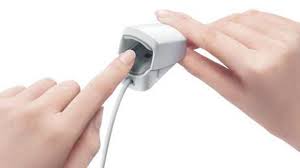 It would be interesting to see what Nintendo was actually working on so we could put their efforts in a better context but what we do know so far is at E3 2009, when the device was announced, Nintendo implied the Vitality was aimed at the well being market, e.g. teaching players to relax through control of their physiology, with other applications in the works e.g. detecting scares in horror games. As I demonstrated earlier, such active applications were ill suited for the Vitality due to the sensor design e.g. a device sensitive to motion artefacts will perform poorly in motion games.

In the former scenario the Vitality would be making use of heart-rate variability based biofeedback. Users are taught to control their heart rate through various breathing exercises, e.g. deep breaths are used to increase beat-to-beat variation. From my own experience with this technique, among others, this physiological mechanic is probably the easiest to work with, both from a user’s perspective, (you know how to breathe right?) and the system’s (breath control has a fast & significant effect on heart rate). The difficulty in designing a suitable interactive mechanic comes from the task. For example, say you design a racing game that ties your level of relaxation as measured through heart-rate variability to your car’s speed. In order to win you have to perform deep breathing exercises for the duration of the race. As the majority of people aren’t used to this type of breathing exercise your more likely to end up with a hyperventilating player than a race winner.

Essentially biofeedback mechanics need to be treated as a brand new skill set which few to no people have acquired. Subsequently rather than trying to develop a product that a 100% of players can operate, developers should be looking at creating experiences that try to teach a 100% of players to operate, which in itself could be potentially fun!