Nintendo recently announced their going to focus on health applications using non-wearable devices in the near future. Sadly this is all they were willing to say at this point in time and so it’s pretty much anyone’s guess what their actually working on. While Nintendo has developed successful exergames with the likes of the Wii-Fit their entry into more physiologically driven gaming for health applications never really got off the drawing board. As such I’d hazard a guess that their working on a camera based heart monitor similar to the one supported by the new Xbox Kinect for use in the Wii-Fit U.

Following on from my earlier adventure with the stress tester, sat right next door was a love tester, presumably developed by the same company given it was using the same chassis as the stress tester*. The love tester is probably one of the most familiar, and oldest, commercial biofeedback games around. Its function is to assess the sexual magnetism of the player using a comically named rating scale e.g. “Cold and Clammy” for no magnetism, “Out of Control” for lots. A love tester is basically a gag device which uses physiological input to provide some authenticity to the assessment. Their a common prop in media where making fun of the sexual prowess of a character is needed (e.g. The Simpsons); you can often find a love tester in a bar or the funfair if you want to try one out,
END_OF_DOCUMENT_TOKEN_TO_BE_REPLACED

It appears Ubisoft’s entry into biofeedback training isn’t quite over as I earlier suspected. The product has been rebranded as Ozen and is now being marketed more appropriately to the well-being community rather than the gamer community. Its scheduled for a 2014 release; hopefully we’ll get a chance to play with it soon. 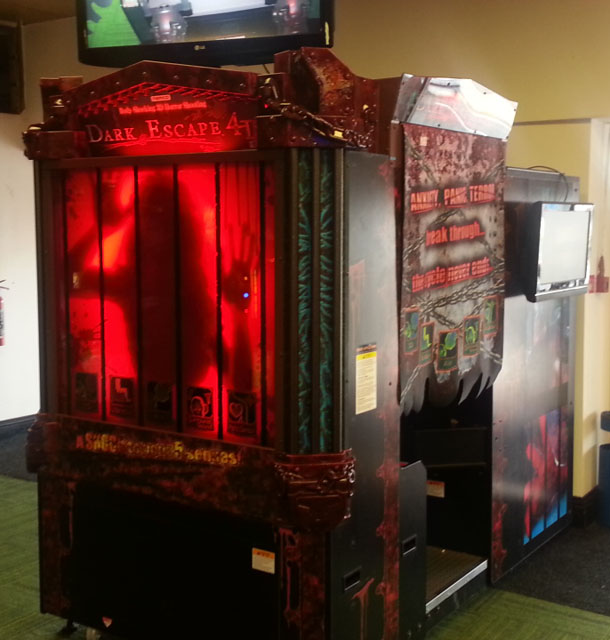 END_OF_DOCUMENT_TOKEN_TO_BE_REPLACED

Following on from yesterday’s post, I quickly checked up on Innergy, Ubisoft’s entry into the biofeedback market. Announced a year after the Vitality in 2010, the game seems to of quietly disappeared off Ubisoft’s website. The most recent news report in 2012 indicated work was still on-going on the project, but no release schedule had been announced. Given the lack of PR noise this late in the year and the missing listings on Ubisoft’s webpage I don’t expect we’ll see a 2013 release or one in the future. This would be rather disappointing, although the revealed gameplay was very traditional for a a biofeedback regime, the production values where first rate e.g. art work by Rolito (see Patapon on the Sony PSP) of and which is sorely lacking in many biofeedback programs.
END_OF_DOCUMENT_TOKEN_TO_BE_REPLACED

END_OF_DOCUMENT_TOKEN_TO_BE_REPLACED

So follow us across the threshold if you will and prepare to learn more about the origins of the biocybernetic loop and its use at NASA along with its  future in research and industry.
END_OF_DOCUMENT_TOKEN_TO_BE_REPLACED

Way back in 2008, I was due to go to Florence to present at a workshop on affective BCI as part of CHI. In the event, I was ill that morning and missed the trip and the workshop. As I’d prepared the presentation, I made a podcast for sharing with the workshop attendees. I dug it out of the vaults for this post because gaming and physiological computing is such an interesting topic.

The work is dated now, but basically I’m drawing a distinction between my understanding of BCI and biocybernetic adaptation. The former is an alternative means of input control within the HCI, the latter can be used to adapt the nature of the HCI. I also argue that BCI is ideally suited certain types of game mechanics because it will not work 100% of the time. I used the TV series “Heroes” to illustrate these kinds of mechanics, which I regret in hindsight, because I totally lost all enthusiasm for that show after series 1.

The original CHI paper for this presentation is available here.

Hi, I am Lennart Nacke and will merge my affectivegaming.info blogging efforts from now on into the Physiological Computing blog (sometimes you can also catch my blogging at Gamasutra and on my own homepage). And I have been promising Kiel and Steve to post here for almost a year now (we have organized a workshop together in the meantime), so I was overdue with this post.

In the above video, you can see my talk about the current directions in physiological game interaction and psychophysiological game evaluation. I have been deeply interested in those topics for at least the past five years, spanning my PhD and postdoc time, several presentations for research institutions and game companies, a growing list of publications, and other articles. In the meantime, physiological sensors have become much cheaper and today we are seeing companies like Neurosky and Emotiv with low-cost physiological sensor products reaching a large amount of customers. My colleague Mike Ambinder at Valve is now even looking into applications of biofeedback input for commercial game titles (PDF) some of this was demonstrated at GDC 2011). So, this is definitely an exciting field to work in. For the rest of this article (which reproduces parts of my workshop paper), I will recapture my CHI workshop talk and discuss some of the applications for game interaction and game evaluation from a Physiological Computing side.
END_OF_DOCUMENT_TOKEN_TO_BE_REPLACED

Note: For the purposes of this post I’m going to assume Nintendo are experimenting with a heartbeat (HR) rate based biofeedback relaxation game which they’ve alluded to previously at E3 2009. However what I’m going to say applies equally to all physiological game mechanics I know of and should be borne in mind when developing your own physiological game.
END_OF_DOCUMENT_TOKEN_TO_BE_REPLACED