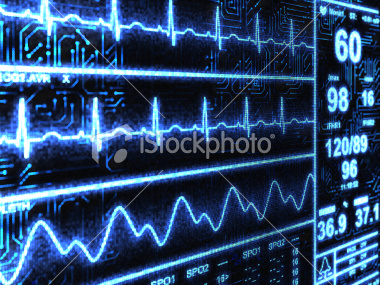 If there are two truisms in the area of physiological computing, they are: (1) people will always produce physiological data and (2) these data are continuously available.  The passive nature of physiological monitoring and the relatively high fidelity of data that can be obtained is one reason why we’re seeing physiology and psychophysiology as candidates for Big Data collection and analysis (see my last post on the same theme).  It is easy to see the appeal of physiological data in this context, to borrow a quote from Jaron Lanier’s new book “information is people in disguise” and we all have the possibility of gaining insight from the data we generate as we move through the world.

If I collect physiological data about myself, as Kiel did during the bodyblogger project, it is clear that I own that data.  After all, the original ECG was generated by me and I went to the trouble of populating a database for personal use, so I don’t just own the data, I own a particular representation of the data.  But if I granted a large company or government access to my data stream, who would own the data?

END_OF_DOCUMENT_TOKEN_TO_BE_REPLACED

The Quantified Self Europe presentation videos are now online. Enjoy!

I recorded my heart rate using the body blogging system and my daily mood using Moodscope for three months in 2011. I wrote about the aim of this project and some intermediary experiences in previous blogs and would now like to talk about my final impressions and what I learned from combining the two systems. I presented these results at the Quantified Self Conference in Amsterdam in November 2011.
END_OF_DOCUMENT_TOKEN_TO_BE_REPLACED

As with my previous reflections post, I’ve posted rather late so if your interested in what happened at the conference check out the following write-ups: – Guardian, Tom Hume,  and Alexandra Carmichael. The videos of the day I imagine will be online in the coming month or so, so if your interested in the particulars of my talk you’ll need to wait just a little bit longer, though I do cover a few of the topics I talked about during my CHI 2011 (video) talk (on the issues associated with inference and sharing physiological data).
END_OF_DOCUMENT_TOKEN_TO_BE_REPLACED

END_OF_DOCUMENT_TOKEN_TO_BE_REPLACED

My name is Ute Kreplin and I am a new PhD student at Liverpool John Moores University under the supervision of Dr Steven Fairclough. My PhD research topic is on Neuroaesthetics with a focus on “interest” in the aesthetic experience and its psychophysiological underpinnings. I am also very interested in positive psychology, which I am pursuing through studies at the University of East London. I am combining my interest in positive psychology and physiological computing in this blog, which will hopefully be my first of many.
END_OF_DOCUMENT_TOKEN_TO_BE_REPLACED

Well there goes by another year I don’t get to spend the holidays playing with the Wii Vitality. I’m beginning to think Nintendo have given up on the whole idea of biofeedback adapted gaming given the lack of noise they’ve made since the platforms original announcement in June 2009. I originally bought my Wii on the premise that Nintendo was going to start the ball rolling on integrating biofeedback interfaces into mainstream games, and to that effect have speculated several times on the type of experiences we might see and how they would work (e.g. action games, lie-detection, relaxation and fitness). However it looks like this device will remain vaporware for the foreseeable future. END_OF_DOCUMENT_TOKEN_TO_BE_REPLACED

I recently did a talk at the inaugural Quantified Self London meetup about my experiences as The Body Blogger for which we now have a video.

For more information about the event you can read the review by Adriana Lukas as well as a writeup of my experience in running the system as I presented. As you can imagine my heart was pumping pretty fast.